History of the Fleurieu

“They shall grow not old”

In June (28th) of 1914, the Arch-Duke Ferdinand, heir to the throne of Austria was assassinated by a Serbian nationalist. The Russians entered the argument in support of the Serbs, and Germany would back the Austrians. A month later, Australians learned from their Thursday morning papers that Austria had declared war on Serbia. On the same day, the Prime Minister received notification of the impending involvement of Britain in the conflict – “On the 30th of July, 1914, a cablegram in secret cipher from the British Government to the Government of Australia informed it that there was imminent danger of war.” [The Story of ANZAC – , p. 1]

Two days later, they learned that Germany “was waiting for war” and had issued an ultimatum to the Russians. What this meant to Australians was that if war broke out, France would be required to come to the aid of her Russian allies against Germany and Austria, and in doing so would cause a domino effect of allegiance, causing Britain to go to the aid of the French, and since Australia was a British colony, we too would be expected to answer the call.

The Government made its position clear on the issue of Australian involvement, when on July 31st, 1914, the Minister for Defence, Senator Millen publicly stated “Australia will recognise that she is not merely a fair-weather partner of the Empire, but a competent member in all circumstances.” On the same night, the Leader of the Opposition (Labour), Andrew Fisher, stated whilst speaking at a gathering in Colac, Victoria, “Should the worst happen, after everything has been done that honour will permit, Australians will stand beside the mother country to help defend her to our last man and our last shilling.” On the following Monday night (August 3rd), Sir John Forest, then the Treasurer of the country, was in Busselton, WA giving a speech. During his talk he stated “If Britain goes to her Armageddon, we will go with her. Our fate and hers, for good or ill, are as woven threads.”

And so it was that following the ensuing events in Europe, on the night of August 4th, 1914 (9a.m. August 5th in Sydney), Britain declared war upon Germany and the Australian people would be expected to participate.

On 31/10/1917, at Beer-Sheva in Israel, there was a celebration honouring the fallen of the Australian Light Horse Regiment in defeating the Turkish entrenched soldiers at that location where the WW1 defeat occurred. Many veterans and Government officials from associated Nations of about 2000 persons attended at that War Memorial.

Other events included a visit to the actual location of the attack at Tel Beer-Shiva the site of Abraham’s well where  Kelvin Crombie addressed visitors on his tour group.

Fleurieu Family History Group  members Graham and Pauline Redman and some of their friends attended this event on that date. A great Uncle of Graham’s on his mothers side of his family, Alfred Lake was one of those Soldiers who died there in 1918.

PoppiesIn Flanders fields the poppies blow
Between the crosses, row on row,
That mark our place: and in the sky
The larks, still bravely singing, fly
Scarce heard amid the guns below.

We are the Dead. Short days ago
We lived, felt dawn, saw sunset glow,
Loved and were loved, and now we lie
In Flanders fields.

Take up our quarrel with the foe:
To you from failing hands we throw
The torch; be yours to hold it high.
If ye break faith with us who die
We shall not sleep, though poppies grow
In Flanders fields.

In Honour of the Fallen…

The following are the names, dates & locations of death, and hometowns of some of those who have a connection with the Fleurieu Peninsula who paid the ultimate price during World War I. [ Note – KIA = Killed in Action, DOW = Died of Wounds, DOI = Died of Illness, POW = Prisoner of War, those bearing a Red Poppy are true ANZACS – those that stormed the beach at ANZAC Cove on 25 April 1915 and died trying or shortly thereafter on Turkish soil.]

In Reply to Flanders’ Fields

Oh! You who sleep in Flanders’ fields,
Sleep sweet – to rise anew;
We caught the torch you threw;
And holding high we kept
The faith with those who died.
We cherish, too, the Poppy red
That grows on fields where valour led.
It seems to signal to the skies
That blood of heroes never dies,
But lends a lustre to the red
Of the flower that blooms above the dead
In Flanders’ Fields.
And now the torch and poppy red
Wear in honour of our dead
Fear not that ye have died for naught
We’ve learned the lesson that ye taught
In Flanders’ Fields. 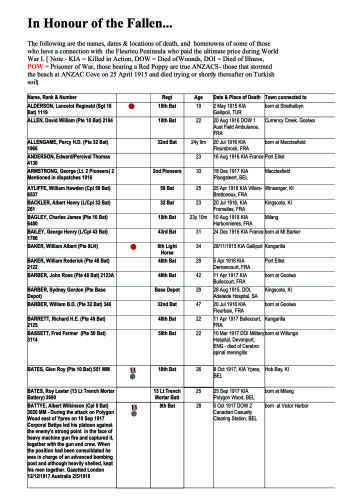 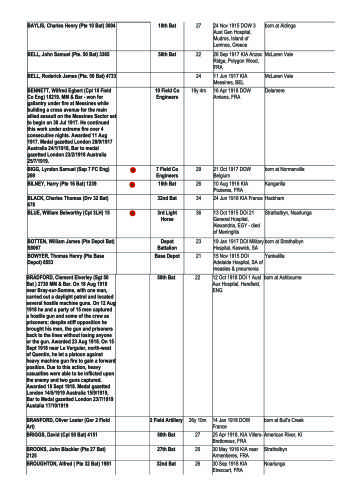 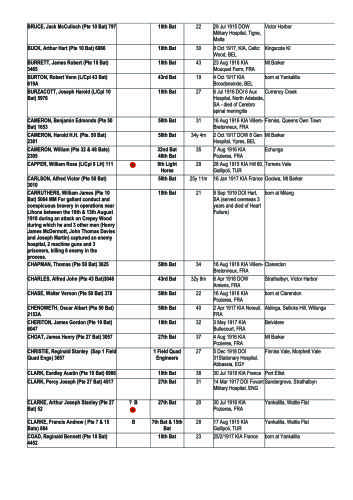 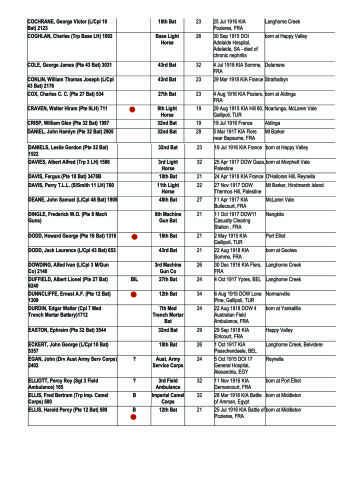 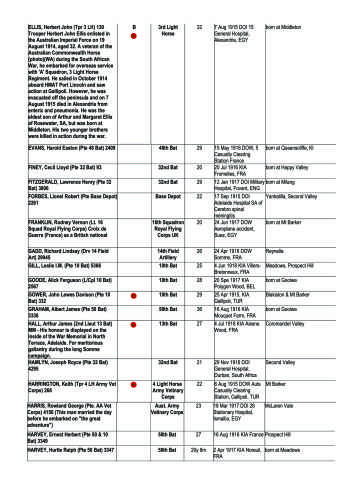 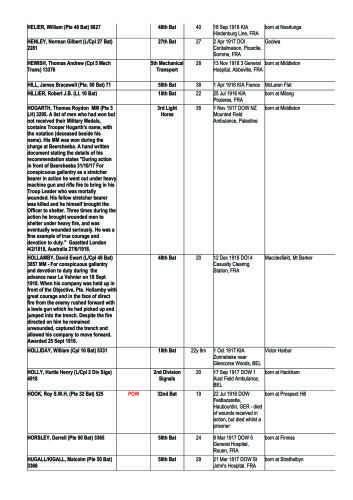 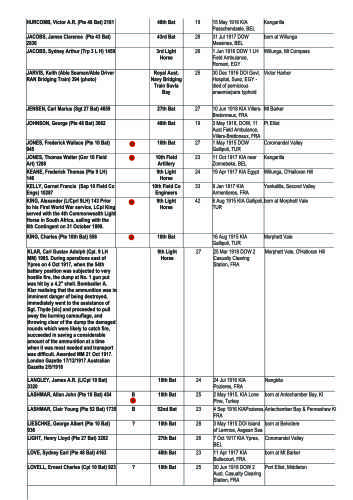 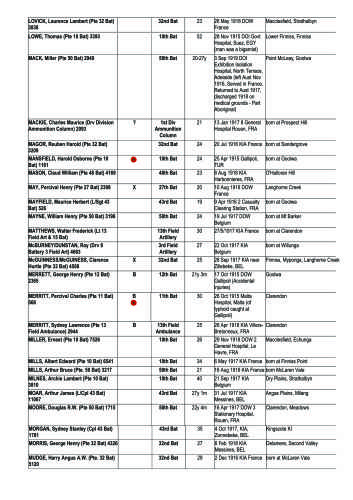 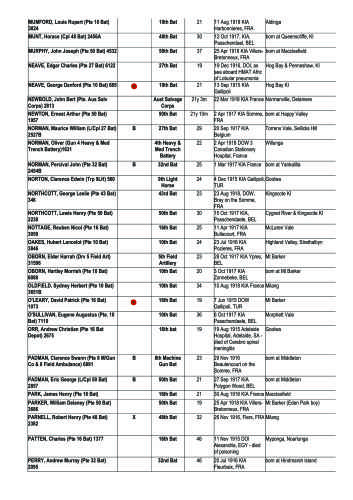 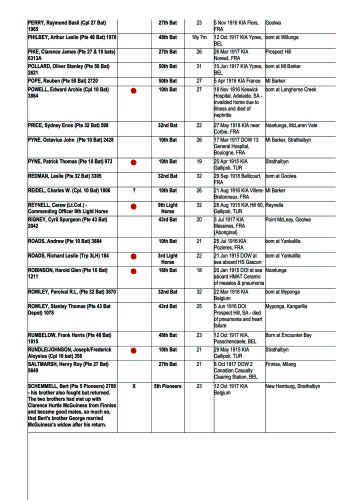 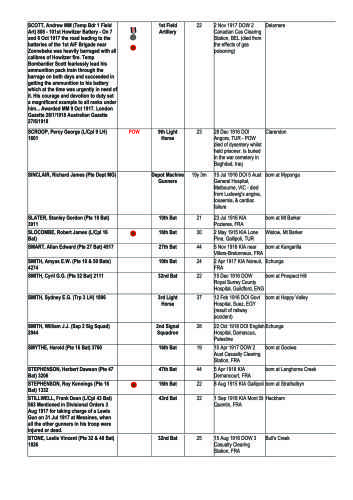 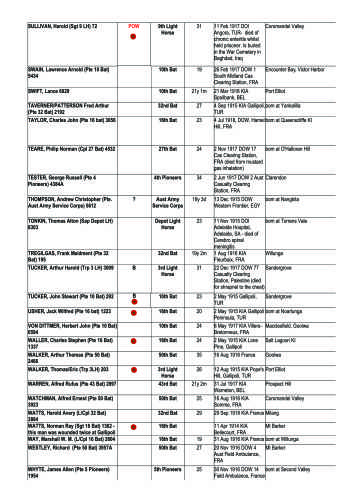 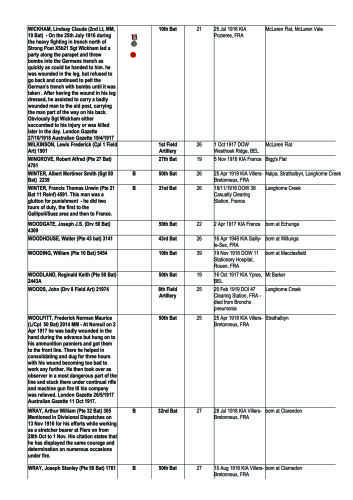 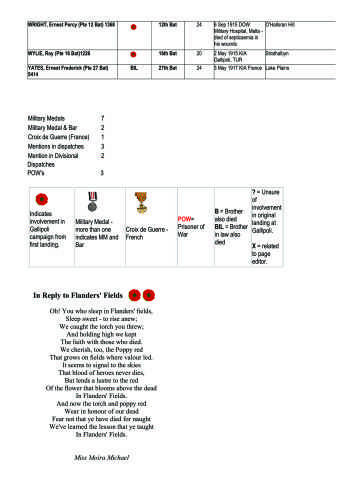